International Arbitrator
in Asia and Europe

Peter has also frequently acted as emergency arbitrator and as sole arbitrator in expedited and fast-track arbitrations.

Peter is fluent in French and Chinese. Peter’s experience as arbitrator spans a broad range of sectors, including joint venture and M&A, shareholder disputes, IP and licensing, construction and infrastructure, media and telecoms, banking & finance, insurance, energy, oil & gas and mining, sale of goods, and pharmaceuticals/biotechnology.

Prior to returning to Paris in 2011, Peter was China Managing Partner of Allen & Overy LLP and head of the firm’s Mainland China disputes practice.

A barrister and solicitor from New Zealand, Peter is also qualified as a solicitor
in England & Wales and in Hong Kong, and is an avocat à la cour in Paris.

Listed on panels of the major
arbitration institutions

Peter is on the panel of numerous international arbitration institutions, and is regularly selected by those institutions for appointments as arbitrator.

Mr Thorp has acted as counsel and arbitrator in more than 80 international arbitration proceedings, including those conducted under the rules of most of the major arbitration institutions, including the ICC, LCIA, SCC, HKIAC, SIAC, CIETAC and CAA, as well as ad hoc arbitrations. 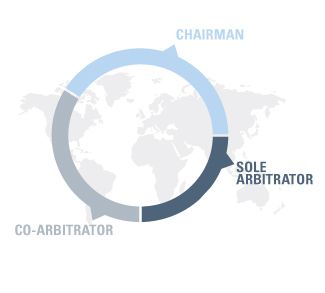